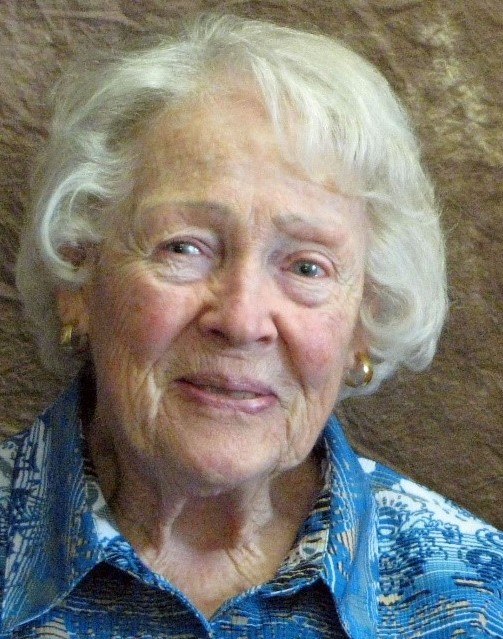 Bernice Kathryn Mock was born in Greeley, Colorado to Chester Hatch and Lucille (Murgatroid) Hatch on June 15, 1925. She graduated from Greeley High School in 1942, then left for California with her sister Aileen to work for the war effort. There she met her husband-to-be Air Force Staff Sergeant John E. (Ed) Mock on a train while he was on leave. They married in Greeley on March 31, 1946, lived near Ed's parents in Geneseo, Kansas for a short period, then moved back to Denver. They moved to Greeley in 1949, then to Boulder in 1960 after a brief residence in California. In 1966 they founded Mock Realty and built the business over the years until they handed it down to their sons. Bernice was an active member of the Boulder Chapter of P.E.O. and she enjoyed entertaining in her home. She and husband Ed moved into Frasier Meadows Manor in 2000, where they lived until their passing. Bernice is preceded in death by her parents, by her sisters Leona Hatch Lindbloom and Aileen Hatch Beeson, and by her husband Ed. She is survived by her sons Kenneth Edward Mock, Gail Allen Mock and his wife Julie, and Bruce Robert Mock and his wife Jere. She is also survived by granddaughter Natalie Christine Mock, grandson Brian Andrew Mock and his wife Laura, and their son, Bernice's great-grandson James John (ii) Mock. Bernice will be remembered as a devoted wife and beloved mother, grandmother, and great-grandmother. She will be missed by all who knew her. A Memorial Service will be held Sat., Jan. 11th, 1:30 P.M., Saint Aidan's Episcopal Church, 2425 Colorado Ave., Boulder.  Reception to follow the service. Contributions: Frasier Meadows Manor Education Fund, 350 Ponca Pl., Boulder, CO., 80303 or to St. Aidan’s Episcopal Church. For online messages to the family visit www.murphyfuneraldirectors.com.